We collected 169kg of food for charity with the World Cup! – POATEK

We collected 169kg of food for charity with the World Cup!

Here at PoaTek, we love friendly competition. So during the World Cup we thought: why not have a little fun, and additionally benefit those in need?

We organized a game that would provide much-needed help to members of our community. By the end of the competition, we managed to donate 169kg of food to a charity institution chosen by the winning team!

All PoaTekers were split in eight teams chosen randomly. After that, each team took turns in choosing four countries participating in the World Cup. Each goal those countries came to score represented one kg of food to be donated.

Three times a week two out of the eight teams faced off in a World Cup-related trivia quiz. This was an additional attempt to boost morale and make the competition more engaging! 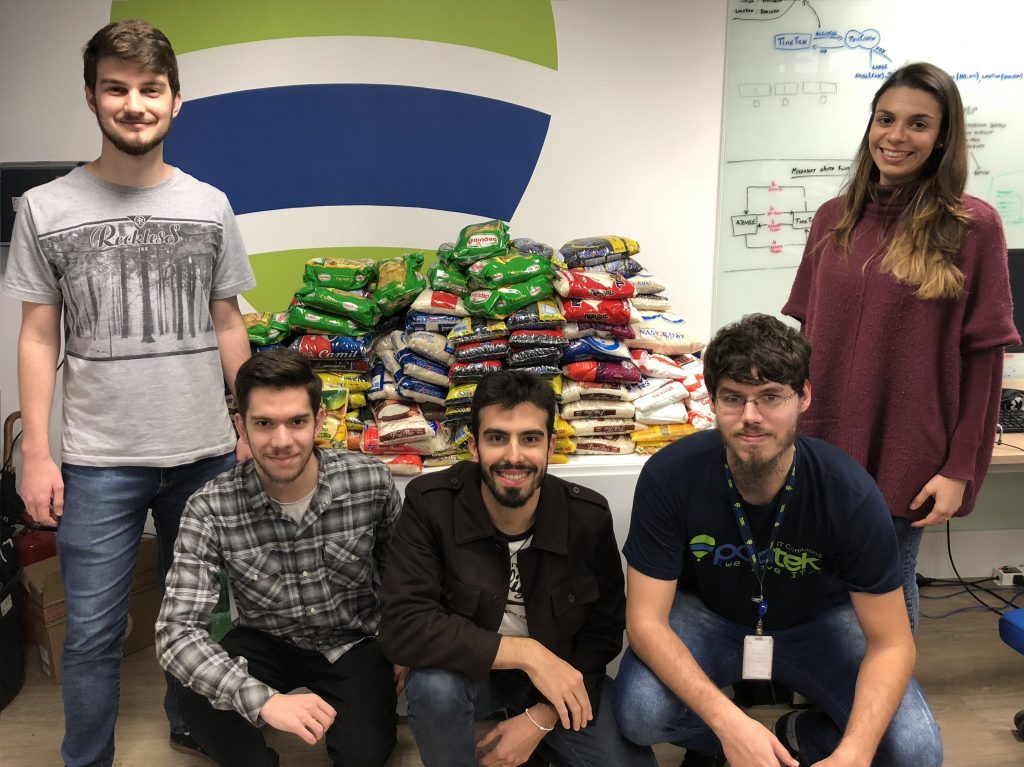 Team One scored 27 goals and got to choose the institution to which we donated the 169kg of food!

By the end of the World Cup, we actually had not one, but two winners!

Team One scored the most goals. They chose to represent Russia, England, Costa Rica and Panama, and those countries combined scored 27 goals out of 169 in the 2018 World Cup. As the winner, they chose to donate the 169kg of food to a charity institution in Porto Alegre. They also received a medal! 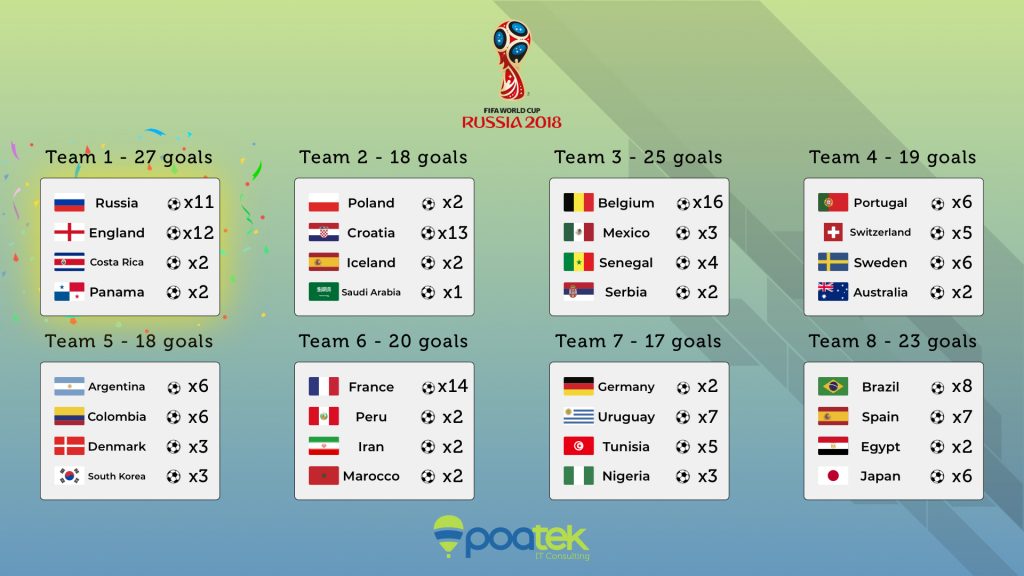 Team Three, the quiz winners and our resident World Cup experts, after a fierce soccer trivia battle that lasted eight rounds, won the final against Team Twelve. They received a gift card from PoaTek!

Like our posts? Follow our LinkedIn Company Page and catch up on more news, trends and tips!