New hirings, new office, and new projects: these are just a few of the many milestones we’ve accomplished through this year.

Our team has grown… a lot!

In 2018, 19 new professionals joined our team: 15 Software Engineers, two HR analysts, one project manager, and one financial analyst. With these new additions, we now have a team of nearly 40 employees!

We had, in addition, a couple of promotions: two of our interns were promoted to Software Engineers!

Students from all over the world have joined our team for temporary internships. Thanks to our partnership with AIESEC, we welcomed seven business interns to the office through the year, who have helped us develop a new project that will be coming out in 2019: the Poatek Academy, a range of online tech courses taught by our developers.

We also had an intern from MIT joining us for eight weeks: Computer Science student Alexandra Rodriguez worked with us in machine learning and big data projects.

We’ve been to the MIT Career Fair

Speaking of the MIT, in September, we went to the university’s Career Fair, in Boston. It was a great opportunity to talk about our organizational culture with students and explain what it’s like to be an IT intern at Poatek. By the end of the event, many students from MIT and other universities manifested their interest in joining our team for a summer job, like Alexandra did back in July. 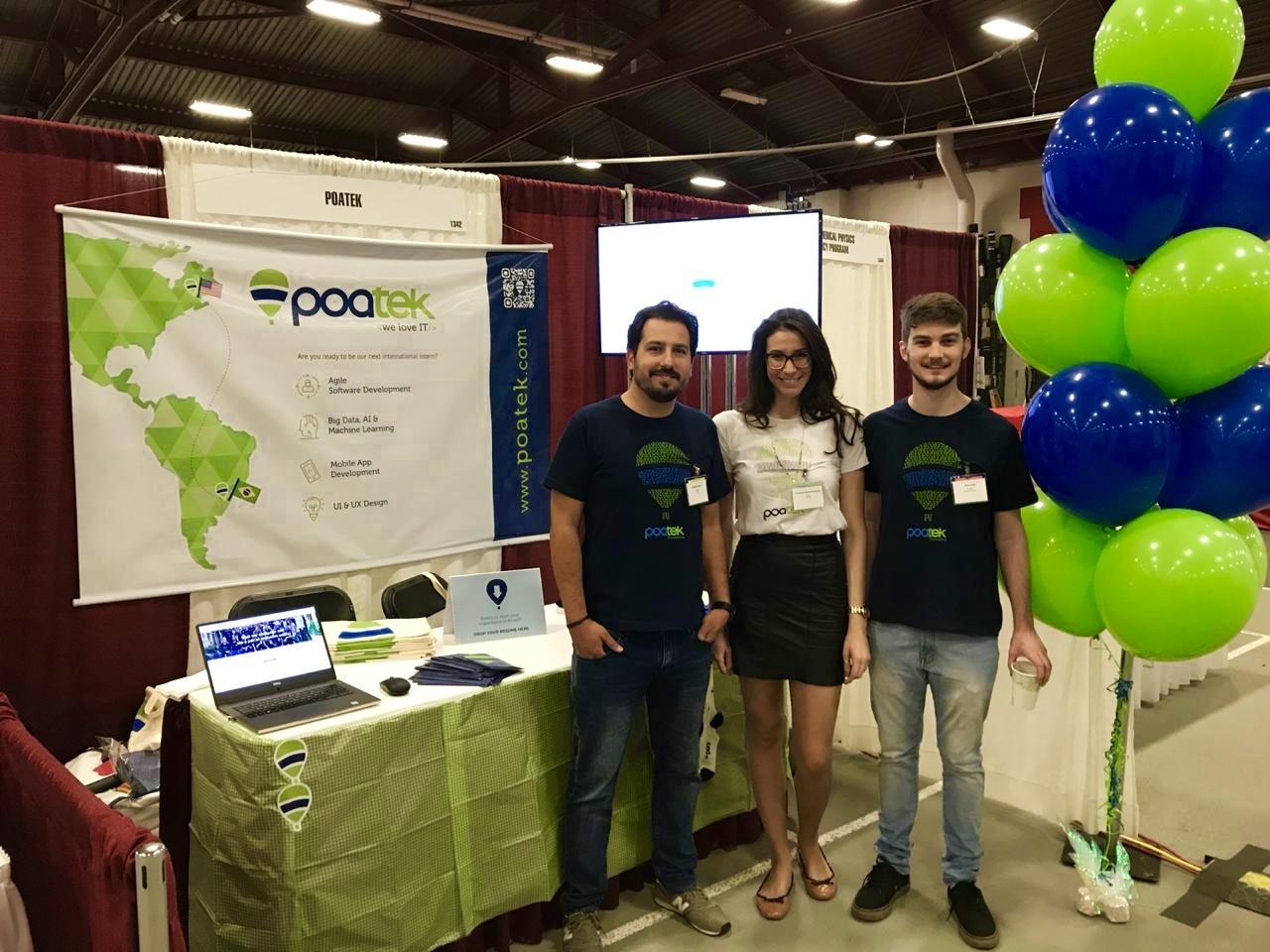 Our booth at the MIT Career Fair

We moved to a new office!

In November, we moved to our new office. We are now occupying a larger space, which allows for a better working environment and more office perks! 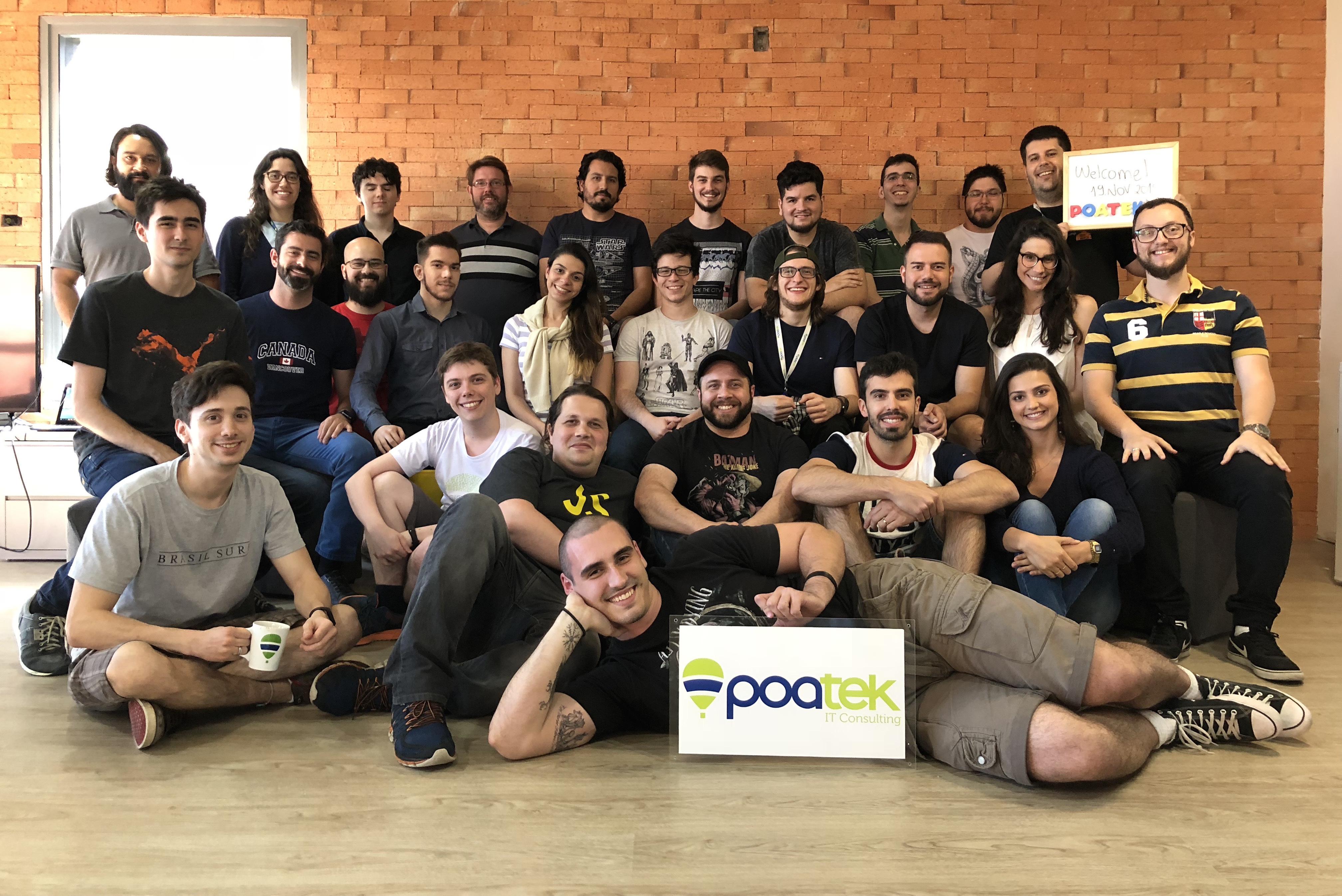 The team at the new office!

We joined The Developer’s Conference in our hometown

Last but not least, we’ve been to the TDC in Porto Alegre in December, where three of our employees lectured on their areas of expertise. We also had a logic quiz in our booth, and everyone who aced the test has entered a prize draw to win a Poatek kit and spend a day at the office. 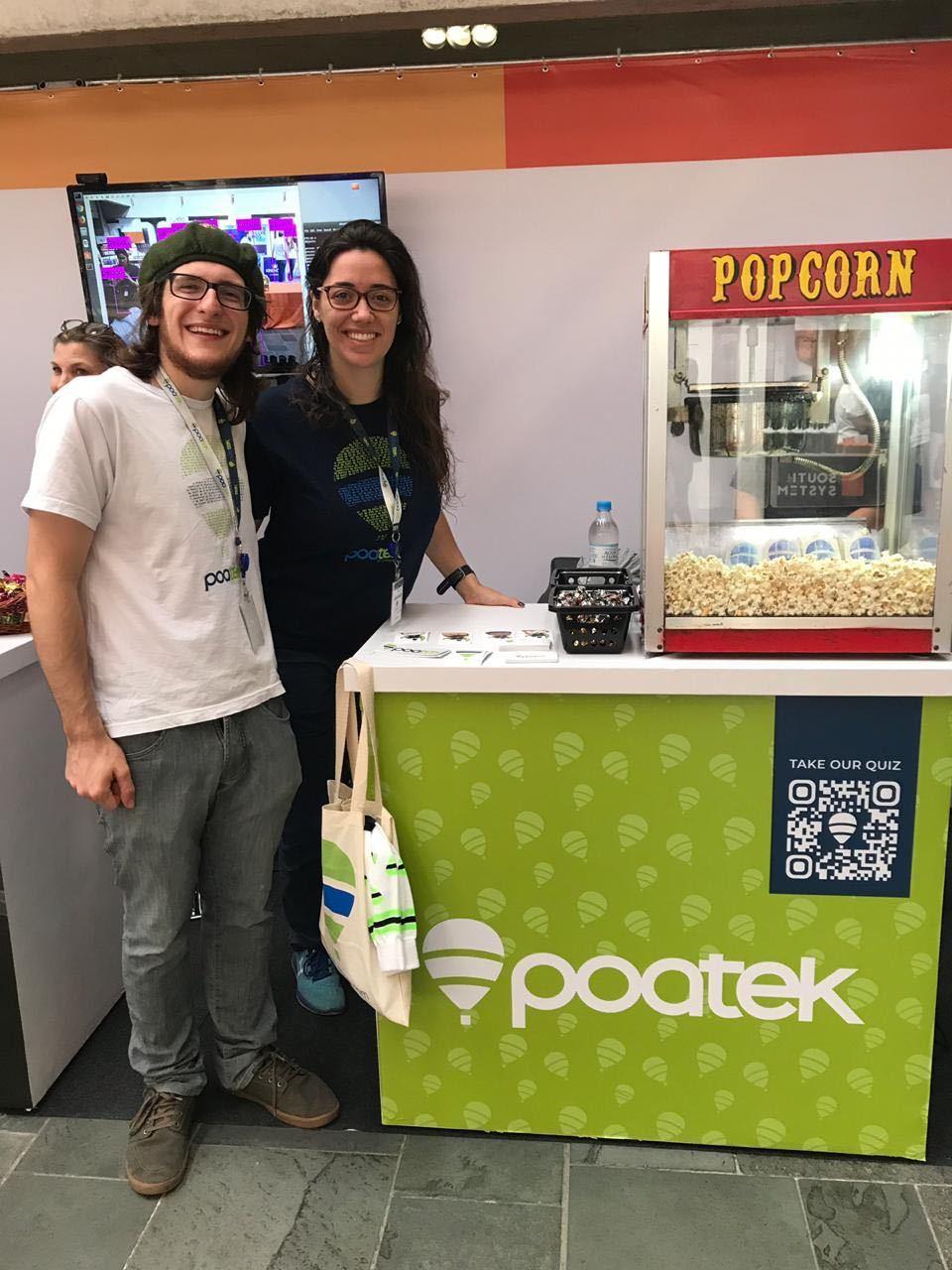 Our booth at the TDC

In January, we’ll be welcoming two new exchange students from AIESEC. They will, among other exciting projects, help develop the Poatek Academy.

In addition, the HR department will be restructured in order to manage a larger team. Our goal is to double the number of employees by the end of the next year!

It’s been a great year and we’re eager to start 2019 with new projects, new talents, and new opportunities!