It’s known that Poatek has a global spirit and mission, not only because most of our projects are international, but also because we’re always looking for opportunities to connect with people from all around the world. In our blog, there are two posts where some of our international interns shared their experience with us: Poatekers about their exchange experience and What’s it like to be an exchange student at Poatek.

Now we have three new American interns to make our team even greater! One week ago, Emily, Eric, and Evan arrived at Poatek directly from the USA. They’ll work with us for 2 months in Poatek’s Summer Job Program. Our interns will have hands-on experience by working on a project in an area they’re interested in, besides having the opportunity to hang out with our team and travel around. The Summer Job initiative was created last year, with the purpose of bridging countries and promoting cultural exchange and lots of learning for both sides – the international interns and Poatek. So let’s meet them?

Emily Caragay was born and raised in Plymouth, Michigan. She attends the Massachusetts Institute of Technology (MIT) and just finished her first year. Her major is Urban Science and Planning with Computer Science. According to Emily, this translates to doing computer science while developing an understanding of urban studies, especially public policy, and how computer science can be applied to this field. As for hobbies, she’s now a pole vaulter for MIT, and the main club she does is called Educational Studies Program (ESP), where they run educational outreach programs for middle and high schoolers.

Eric Kronenberg is from Boulder, Colorado. He completed his undergraduate degree in 2017 with a BSBA in Marketing and a minor in Computer Science, and he’s currently finishing his master’s degree at the University of Denver in IT, with a focus on Software Design and Programming. Outside of IT work, he enjoys playing soccer, playing video games with friends, and exploring the outdoors. His main interests are in middleware development as well as mobile and web, and he also enjoys hardware and building computers.

Evan Verma was born in Atlanta, Georgia. He studies Computer Science at the University of Georgia. His hobbies include playing guitar, tennis, and reading. He’s interested in working with web applications. 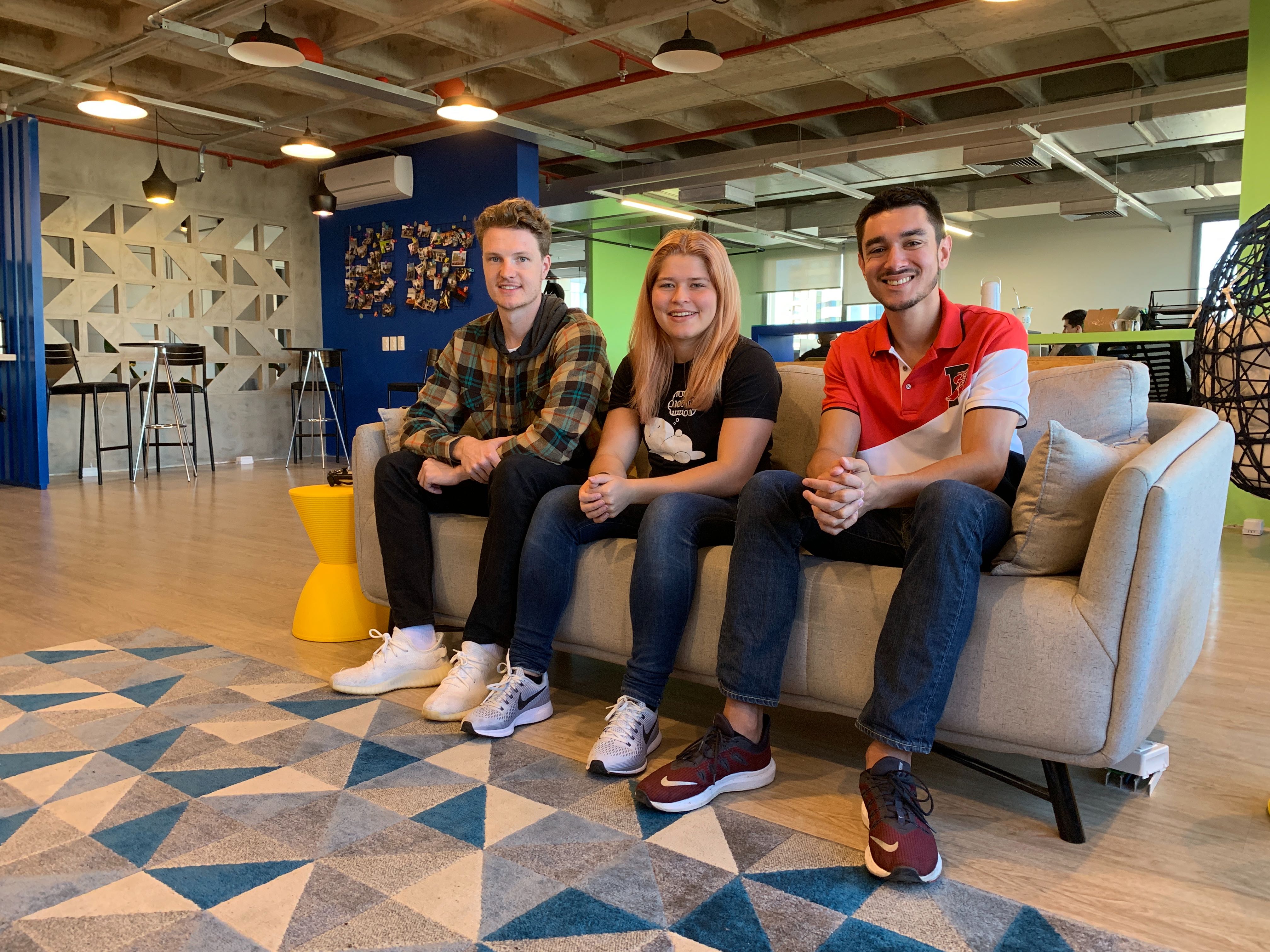 Why a Summer Job at Poatek?

Emily admits she wasn’t sure what to expect when coming to Brazil and Poatek. “But now that I’m here my expectations for the summer are really high! I think I will learn a lot about data science by working on my project and with my mentors. My mentors let me chose which project I would work on, so I ended up with one I am super excited about and I think I will enjoy working on it for the summer. The work culture here is also something that stood out to me. Poatek seems like it has a really good culture and also works on an interesting variety of problems”.

Eric tells us that his expectations for the Summer Job program were to work with a broad spectrum of developers within the IT field. Poatek being an IT consulting company would allow him to view multiple projects in different stages of development as well as different aspects of development such as mobile, web, data science, etc. Until now, his impressions have been great. “My mentor has been extremely kind to me and has helped me with my accommodations and work tremendously already. Everyone at the office has gone out of their way to introduce themselves to me and include me into the team. Almost everyone eats lunch together and it’s something I have found really cool and bonding”.

Evan is expecting to learn a lot about putting together a software application in a corporate environment, “such as how the team interacts, what is required per each deliverable, and how the developers, project managers, and clients interact with each other. Everyone at Poatek has been incredibly welcoming and very nice to all of us! They all seem very intelligent and knowledgeable and I am excited to learn a lot from them”.

Impressions on Brazil and Porto Alegre

Emily already seems very familiar with our culture. “Being in Brazil has been super fun and interesting so far. My host family is wonderful and has been introducing me to things like caipirinhas, chimarrão, and Brazilian barbecue. It’s been funny trying to speak Portuguese (which I really do not know) to people”.

Eric adds that “Brazil is a beautiful country. It has many cultural differences from the United States that I am still learning. I’m excited to learn more Portuguese as well as explore Porto Alegre and its scenery!”.

And Evan tells us that “people in Porto Alegre have been similarly welcoming and nice, and it has been very fun to live in the city so far”.