The Electronic Entertainment Expo, known as E3, is the world’s largest video game event that occurs every year in Los Angeles. Since its first edition in 1995, E3 has been the main stage for game publishers and developers to announce their latest projects through press conferences, trailers, previews, and interviews. In 2017 the event was opened to the public, allowing fans to go to their favorite game developer’s stand and see the future of gaming up close.

E3 has grown so much that some companies take advantage of the hype and reveal news about their projects outside the main event. This year, E3 began on June 9th with Microsoft’s Press Conference, but the announcements started on June 6th with Google’s Press Conference, the Stadia Connect (because Google is too cool to participate in the event with the other kids).

The goals of these articles are to present the biggest news of the gaming industry revealed in E3 2019 and Google’s Stadia Connect, and take a glimpse at the future of gaming. 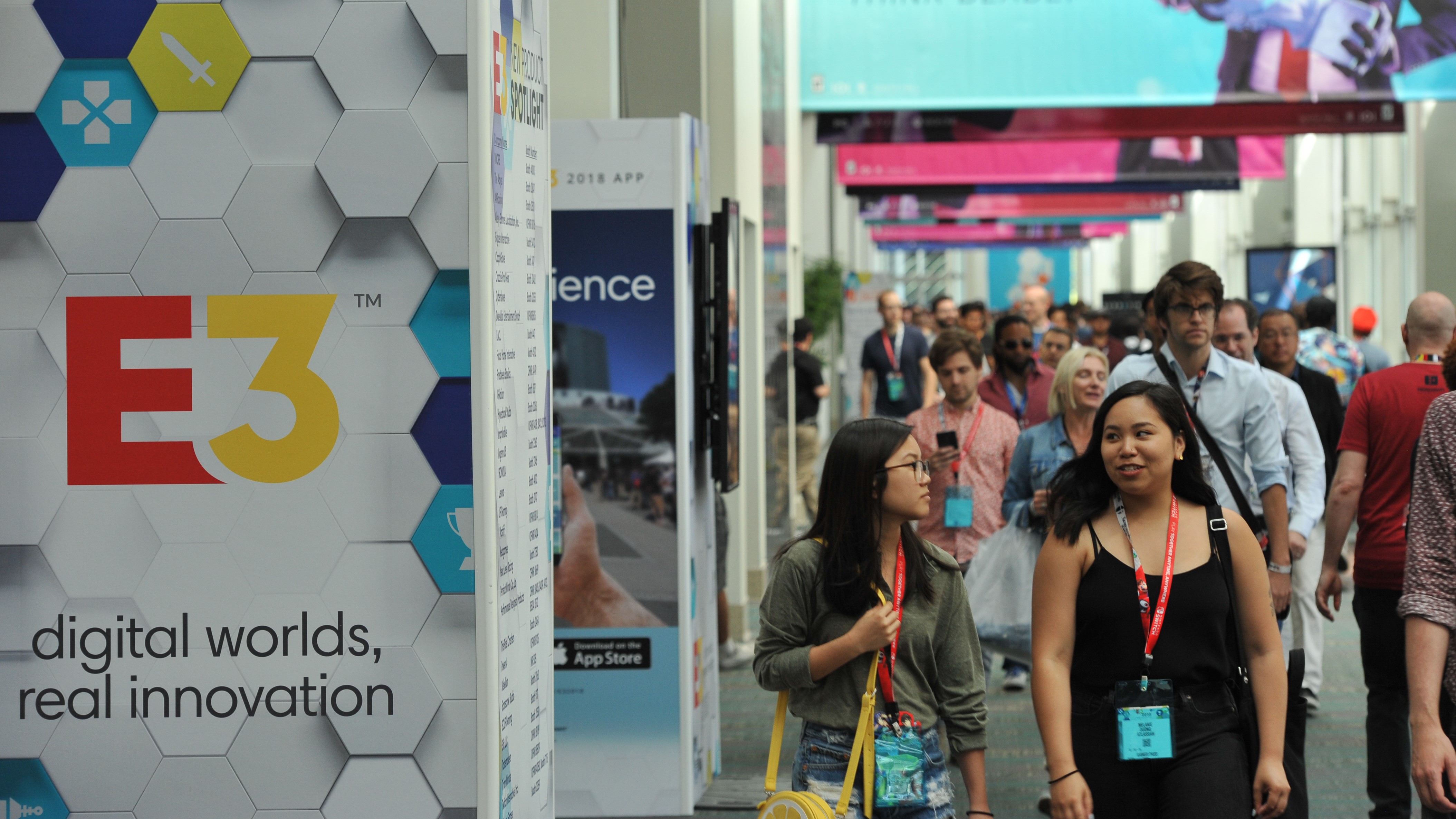 At Game Developers Conference (GDC) 2019, Google announced Google Stadia, a new cloud gaming platform that will let anyone play the latest games anywhere through smartphones, Google’s Chromecast and even the browser Google Chrome. However, by the end of the announcement, several people were skeptical about Google’s promises, claiming that this kind of service is not yet reliable or accessible as Google promised, because of the lack of good internet connection through most of the world. In addition, how can Google compete with console gaming giants like Microsoft and Sony?

So, when Google reported it was going to do another series of announcements a few days before E3, everyone was curious to know how exactly it would work. On June 6th, Google answered some of our main questions in a 26-minute long live stream, the Stadia Connect.

The transmission kicked off by the official announcement of Baldur’s Gate 3, a sequel to the popular RPG series developed by Bioware, now being made by Larian Studios (Divinity: Original Sin and Divinity 2). The video also showed some other new games, like GYLT, Get Packed, and Darksiders Genesis. They also officially announced a partnership with some big game publishers, like Square Enix, Bungie, Bandai Namco, WB Games, Capcom, and SEGA.

To run all these games smoothly at the highest quality, they recommended an internet speed of 35Mbps. This speed will allow gamers to play those games at 60 fps 4K resolution, HDR enabled and 5.1 surround sound. At 10Mbps, the service will stream at 720p, 60 fps and stereo sound. See Fig.1 for more details.

Google Stadia will work on a subscription model, similar to other streaming services like Netflix and Amazon Prime, at the price of $9.99 per month. They also announced Stadia Founder’s Edition, a limited edition set allowing players to have early access to the platform, which includes a Chromecast Ultra, a Stadia controller, subscription for 3 months for you and a friend and free access to the game Destiny 2 (and its expansions), for ‘only’ $129.99.

If you don’t want to pay the subscription, you can purchase games separately. However, you’ll still need a controller, that will cost you $69.99. The platform will launch this November in 14 countries (unfortunately, Brazil is not included on the first batch). For more information, you can see the official FAQ or watch the transmission on YouTube here.

Honestly, I’m still skeptical if Stadia will work that well as they are trying to market it, but I’m very excited about the possibilities that it could bring to the industry and definitely has the potential to change the gaming scenery.

This year, EA did something different: instead of having a press conference, they did a series of live streams via Twitch and YouTube during all Saturday, showing a little bit of their games, followed by interviews with game directors and producers.

The reason EA decided to go with these changes was to cut down on unnecessary information and events. For example, a viewer who was only interested in FIFA 20 now didn’t have to go to all the other conferences of unrelated games. This allowed EA’s viewers to see exactly what they want/were interested in.

However, after the event, it was clear that the main reason EA didn’t make a customary conference was that they simply didn’t have enough games to show. We had “more of the same” new content for The Sims 4, with a new expansion Tropical Paradise, new features for the next installment of FIFA, like VOLTA mode, a new version of the classic FIFA Street game, and two new maps for Battlefield 5.

The actual interesting stuff came from Respawn Entertainment, the developers of Titanfall. They showed some details of the new season of Apex Legends, their battle-royal game launched in February, including a confirmation of a rank mode, a new weapon, and the announcement of a new character – Wattson – capable of creating electric barriers and turrets.

They also showed the first gameplay trailer of the upcoming Star Wars Jedi: Fallen Order. The (glorious) 14-minute long video showed Cal Kestis, a young padawan survivor of the Order 66, battling through multiple kinds of stormtroopers in the planet Kashyyyk. The game has a combat system like the latest God of War and Dark Souls games, allowing Cal to perform a series of melee attacks with a lightsaber and use Force powers to defeat enemies. Star Wars Jedi: Fallen Order will be released on PS4, Xbox One, and PC on November 15. 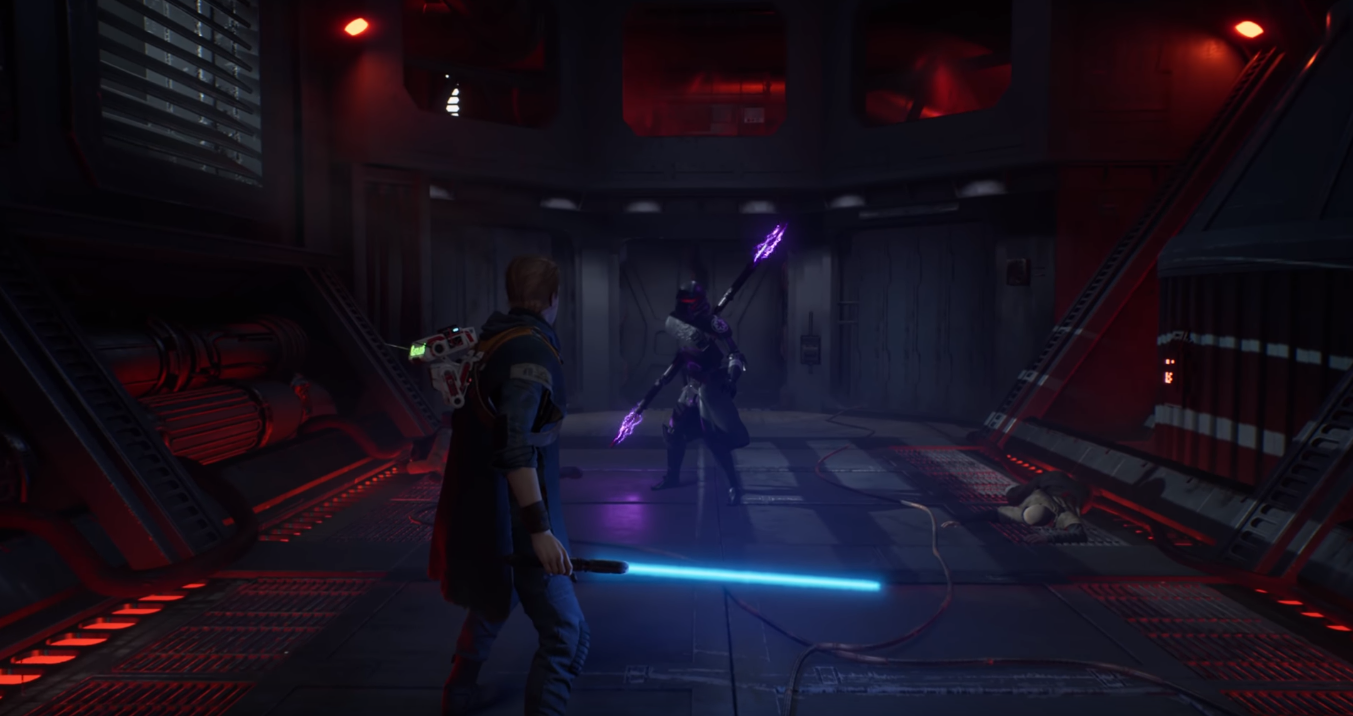 The Microsoft Press Conference had everyone’s eyes looking towards it as Sony, Microsoft’s biggest rival in the console wars, was missing from E3 this year. With Phil Spencer, head of Xbox, hyping fans and journalists saying that Microsoft’s event would be the biggest ever. Expectations were very high with Microsoft’s 60 games and the coming news about their next console. Because of the conference’s enormous amount of news, I’ll just list the main ones here to make it easier for you:

Besides all these announcements, Microsoft revealed a bit more about Xbox’s future. First of all, they announced Xbox Game Pass for PC, a subscription service that will allow players to download a collection of games, paying only R$ 29,99 in Brazil. The service is already in Open Beta (beta price is R$ 13,99). They also announced Game Pass Ultimate, a combo with Game Pass for PC and Xbox, plus Xbox Live Gold and Gears 5 Ultimate Edition for R$39.99.

At the end of the conference, Phil Spencer went to the main stage and revealed more details about Project Scarlet, the next Xbox console. Equipped with an AMD Navi graphics card architecture, a GDDR6 RAM and Ryzen Zen2 CPU, the next-gen console will have 4x the performance of the Xbox One X, promised up to 120 fps, Ray Tracing support and 8K resolution. Also, it will be equipped with SSD storage, reducing loading times drastically. Project Scarlet is yet to be officially named, but its release date is confirmed for 2020 Holidays, with Halo Infinite as a launch title.

These were all the BIG announcements of the Microsoft Conference, but there were many more. Watch the full conference at the Xbox YouTube channel here. In the next blog post, I’ll tell you a little bit more about the Bethesda, Ubisoft, and Square Enix Press Conferences, and also about Nintendo Direct – hope you like it!

Daniel is a Software Engineer at Poatek. Graduated in Computer Engineering at PUCRS, he started his career at Poatek in 2018 as an intern. Now he is a Full-stack developer, working with Javascript and C#. On his spare time, Daniel loves playing video games, follows the latest news from the video game industry and practices his programming skills by studying UI/UX concepts and learning new technologies.