Our Experience Traveling to Florida – POATEK

Our Experience Traveling to Florida

Two months ago my team and I spent 12 days in Florida – also known as the Sunshine State – in the United States. It could have been just another business travel, but this one was special: all team members were visiting the United States for the first time. We got there with two main goals in mind. The first one was visiting one of our client’s office in Clearwater to work from there for a few days. After that, part of the team remained at the office, while two colleagues and I attended a 3-day conference called AngularMix, which happened in Orlando – this was our second goal.

Engaging with the American team

Regarding the first goal, people say that one way to strengthen a relationship is by communicating, not just a lot but, more importantly, well. We do that daily, but remotely. Spending 6 days working from our client’s headquarters was really good to improve our communication, to build even more trust and also to have some fun together – which is not an easy thing to do when working remotely. We also had meetings with third-party providers to discuss some integrations the team is working on and, additionally, to understand and refine our requirements backlog. All of it talking face to face with our US teammates, including the product manager. That ended up being very productive for everyone. 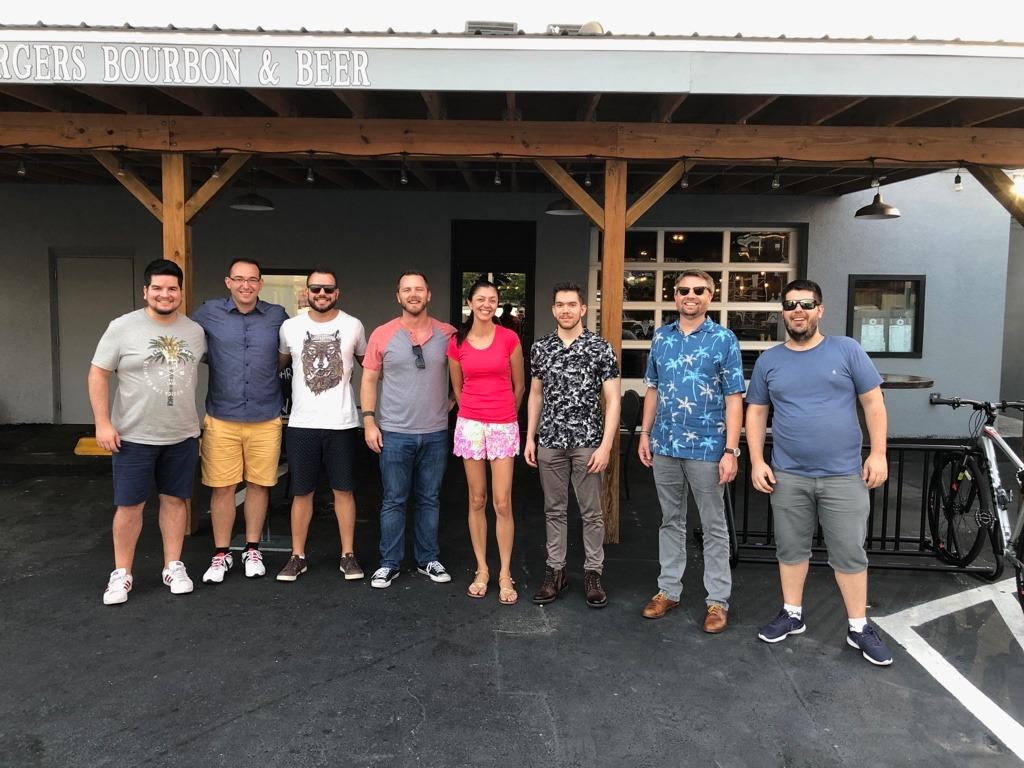 Having some fun with our US teammates.

We had a chance to visit a car dealership and see the product we work on every day being used by real customers. In the beginning, we were a little insecure and thought someone could complain about a bug or a missing feature, but it all went well. We could see how important it is to care about different screen sizes and not assume that everybody has 1080p+ monitors, as sometimes we do.

Not everything was about work, though. During the 10 days we stayed in Clearwater, we had a chance to do some sightseeing over the weekends. We visited some of Clearwater’s beaches, including Honeymoon Island and Saint Pete. We watched a beautiful sunset at Crystal Beach after having dinner and drinking some good local beers. Oh, and I almost forgot: we went shopping as well.

As to our second goal, two colleagues and I left Clearwater early in the morning for a 2-hour drive to Disney’s Swan and Dolphin resort in Orlando, our conference venue. AngularMix is a conference for bringing together some industry experts – heavily supported by Microsoft – and developers who are using Angular and Microsoft stack for their projects. 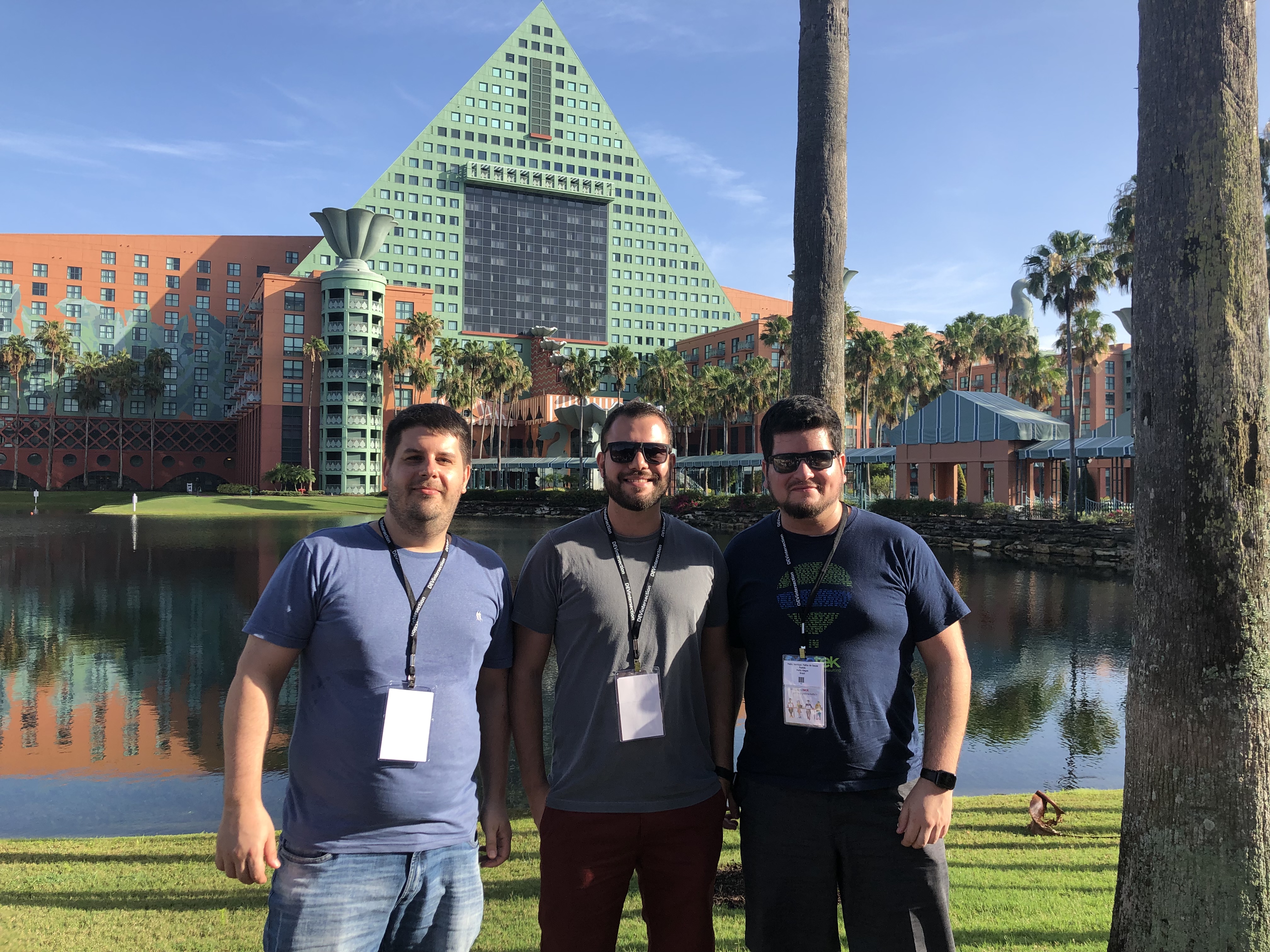 We watched John Papa together with Dan Whalin talking about best Angular practices and giving some advice about NgRX and how to preload our Angular services. In another talk, Kendra Havens talked about the new and exciting stuff which would be soon available in Visual Studio Testing explorer. We joined a QA/Session about containers and how we can leverage Azure to easily scale our apps. Another great talk we attended was about Monorepos, which we are now using in one of our projects.

From the minute we got there, everything seemed well organized. Every day started with a breakfast by the lake followed by the morning talks. For lunch, they prepared gigantic rooms with round tables fostering networking. They cared about people’s time by making sure each talk started and ended at the scheduled times. The only sad thing for me was being ‘swindled’ by a vending machine. I lost 2 dollars!

Traveling to another country – even if only for a few days – and experiencing another culture was an amazing experience. Working closely with our remote colleagues built more trust and improved the team’s communication. Besides that, we now have an extensive list of things we met at the conference which need to be researched in more depth. We can’t wait until we have another experience like that, and I recommend it to everybody who works with remote teams: if you have a chance to get together with your team, do it!

Eduardo Brasil is a Software Engineer at Poatek.