Before we begin talking about gamification, I’d like to tell you a brief bedtime story. This is necessary and will facilitate your understanding of the topic. Also, it will help me to exemplify my point of view.

“This story is about a very famous guy called John Doe, I think you might have heard of him.

John works as a salesperson in a very prestigious company. He is a great employee and serves as a beacon for the other salesmen. Everything was going very well – John was making his sales and getting some money and a few tips at the end of the month. But there was a problem: John was getting bored with what he was doing. Maybe because there was no challenge, and all he needed to do was go to the customer and pitch the product to them, and after that, deal with the company’s bureaucracy.

Tired of the same old, same old, John decided it was time to discuss a new approach with his manager. After some deliberation, they decided to change one of the walls in the office to become a board with the picture of all employees, where the one with most sales in the month would gain a bonus, sort of an ‘Employee of the Month’.

Ok, that was a simple solution. They incorporated a competition where all the employees were going to work hard to sell more products and win a prize at the end of the month.

This idea revived all the fire in John, and he worked harder than ever to win the prizes. After a few months, he had won a great bonus and saved a good amount in his bank account. There were a few months when he had almost lost, but he managed to win, working according to the rules.

Long story short, after one year John had won every single month, but sales hadn’t increased as much as expected – however, there was a slight increase in the first couple of months. Anyways, after that, the other employees didn’t want to continue competing, and the competition was reduced to John vs himself.

As the competition ended, the game ended as well.

Okay, first I would like to apologize for the long story. Hopefully, you are still here and didn’t fall asleep. Second, we can learn a few things from John’s story. 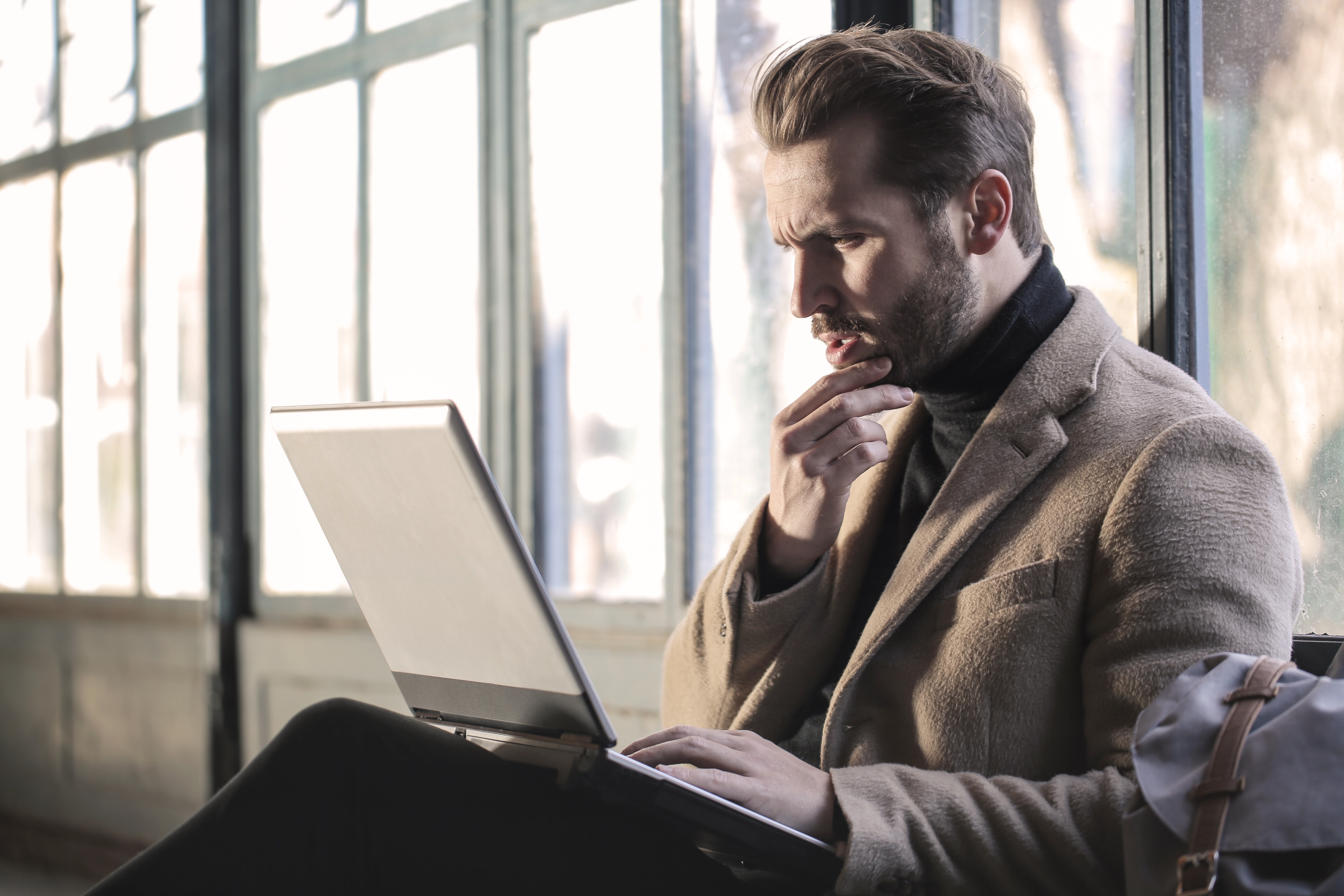 Some lessons John Doe teaches us

So, roughly what happened here was, after getting bored with his job, John decided to start a friendly competition between the employees that would reduce the boring state of John and, in theory, would increase sales since everyone would work harder to win a prize and increase their monthly earnings. But the shot backfired and there wasn’t a significant increase in sales. So, even though John would like to keep on competing, the other employees didn’t feel like it.

Creating a competition for a reward… hmm, where have we seen something like this before? If your answer was “games/videogames”, sir/madam, you are correct!

Yes, John’s story shows us how his company accomplished to implement a game’s aspect in real life. This is very common and is known as gamification (or corporative games, in some cases). The idea is simple: take some gaming mechanisms and apply them in your work.

Let me remind you that John had almost lost the prize a couple of times. What I didn’t say was why, or rather, how he had almost lost. Let’s get back to that universe one last time, so I can tell you what happened exactly:

“As you probably figured out by now, this company had other employees that worked with John Doe. This time around I will introduce you to Mary and Zack, the ones who almost took the throne from John.

In March, Mary made 153 sales (impressive for the company’s standards), working for three weeks. Because she had a family trip scheduled, she couldn’t participate in the last week. So, John won with 155 sales. Yes, only two sales more than Mary, even though he worked for the entire month.

May was time for Zack to shine, or it should have been if wasn’t for a cold he got, making him take a few days off. John won that month again.

Do you know those companies where you are known and treated informally? That is usually seen in convenience stores, where you go frequently. No needs for titles, no Mr., Mrs., Miss, nothing like that. Well, this company was NOT one of those. It’s very rare to see the same customer twice in a year. But in July, Zack managed to make the same customer come back to buy a couple of times in the same month. ‘That was awesome’ – said his manager. But that was all because John won that month.”

Okay, enough storytelling. Oh! Before I forget, keep in mind this is a real story!

The imposed rules were clear: “Whoever sells the most, wins!”. It doesn’t matter if Mary makes a big sale worth 10x more, because of the rules, if John makes one more sale than her (even for a cheaper price), he will win.

This is a BIG weak point. They managed to take one game aspect and forget all the others.

I don’t know if you noticed, but I have used the word “competition” several times by now (and I’ll use it again, just wait)! This concept is super common in games. People tend to think that by making a game more competitive, you get more players, and they will work harder and harder to win their reward. Do I need to say that this is a mistake?

Having said that, we can see a few problems with the approach they took in the story:

One of the most important things you need to keep in mind is: you are working with people, not robots. If you don’t like to be forced to do something, don’t do it to others.

How could we improve this scenario?

First, I’d like to direct your attention to how some other platforms work. As I said before, the idea of gamification is pretty common, but actually making it works is a whole other story.

If you have an account on some gaming “platform” such as Steam, PSN, Xbox Live, Epic, Origin… you’ve probably seen this before. They have different names depending on the platform you’re on, but their purpose is the same, let’s call them “achievements” for now. 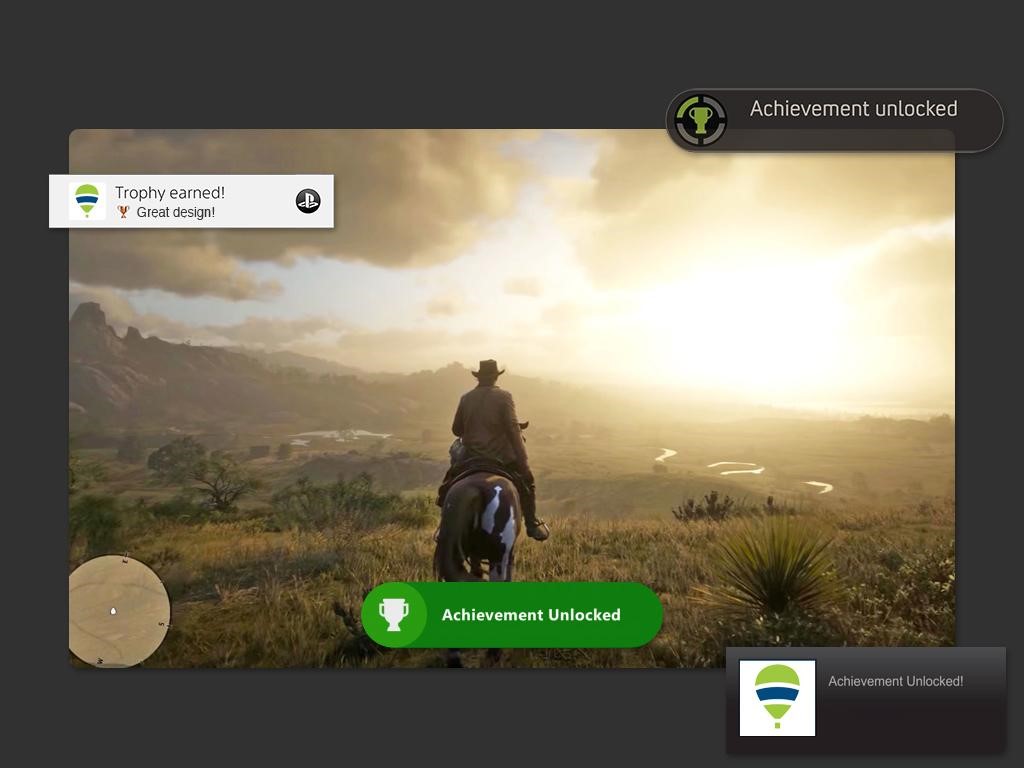 What I call “achievement”. Photo: Own elaboration.

The way achievements work is really simple. Once you complete something in game (could be something like defeating a boss, passing the tutorial, finding a collectible, winning a race, anything actually), they pop up in the corner of your screen, showing you that you have achieved something. That achievement will then be linked to your account so everyone can see it.

Back to our scenario, we could have used the same principle of achievements. Instead of considering only the quantity of sales, let’s check the quality of the employees. We already know that it is really rare for the same customer to make a purchase twice in a year. So, making the same customer return to buy more in the same month, we must agree that is a great achievement. Another huge example, that shows us the difference between quality and quantity, would be making a sale worth ten times more than a one-time purchase.

Applying gamification to your business is not as simple as you may think. Like in all games, you need to put together all the rules and rewards you intend to provide.

Of course, there is another level in gamifying your environment – you can go beyond your own team and start to hit the final customer.  A simple example of that would be when you use the customer’s interactions to provide them with prizes.

After all that said, when you are applying gamification, remember that every achievement is a victory and should be celebrated as such.

Sorry for the long article. Here is an 8 bits potato for you. 😉 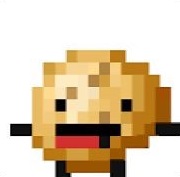