Venture Capital (VC) arrived very late (late-1970s) as a credible asset class. The VC industry flourished only after a regulatory change in 1979 that allowed pension funds to invest in VC. Relaxing the ‘Prudent Man Rule’ led to a greater than 10X growth in the money entrusted to VC funds (Stanford, 2015). As personal computing grew in the 70’s, venture capital soared alongside. History records Harvard Business School professor Georges Doroit, the founder of the American Research and Development Corporation (ARD), as the father of private Equity in 1946. However, ARD wasn’t a particularly successful VC firm. The real advance that helped shape out modern VC was the work of Frederick Terman of Stanford University. He built an ecosystem connecting students and faculty ventures to investors within the Santa Clara Valley (now known as Silicon Valley).

The VC business model works on three conditions: one, where there is a project on the brink of achieving product-market fit with the right support. Two, when the expected value of success from the project is so large as to off-set the collective risk pool of the other non-pareto projects within the portfolio of the VC fund. Three, when there is a clear line-of-sight to a profitable exit. The first condition explains why VC is one of the hardest investment types to make. It is also one of the hardest sources of funding to get. VC partners are tasked with the near impossible task of identifying a positive Net Present Value (NPV) project with enough risk as to make traditional sources of funding too expensive, and yet low enough risk as to guarantee success. VCs provide not only financing but also strategic guidance, mentorship, network access, and other support. The second condition explains why the winning positive NPV project must have such a high-value upside as to keep the entire fund afloat. The third condition is best explained in the words of Fred Wilson “Exit is the important word. Getting valued at a billion or more does nothing for our model.” When these three conditions are honestly understood, a lot of the criticisms against the VC industry would seem unfair.

Despite the young age of the VC industry, a fifth of current public U.S. companies (see exhibit 1) received venture capital financing (Ilya A. Strebulaev et. Gornall). Consider Instagram – the world’s #1 photo sharing app. Founded by Kevin Systrom, Instagram took only eight weeks for software engineers to develop before it was launched – thanks to $500,000 in funding from Baseline Ventures and Andreessen Horowitz. Systrom was able to get this initial VC funding within two weeks. In this case, the lesson is clear that VC funding is often a very fast paced process. For very risky but high growth positive NPV projects, VCs tend to act very quickly when value is discovered. In many cases, it is often a race to the finish line among different competing VCs for an entrepreneurial idea. This speed cannot be matched by any other type of financing source. After the initial VC funding, there was a need to pivot Instagram after four months and again, the VC was willing to float more cash. Flexibility and risk appetite by VCs are an important characteristic. Instagram was acquired within two years of its initial launch by Facebook for about $1billion. 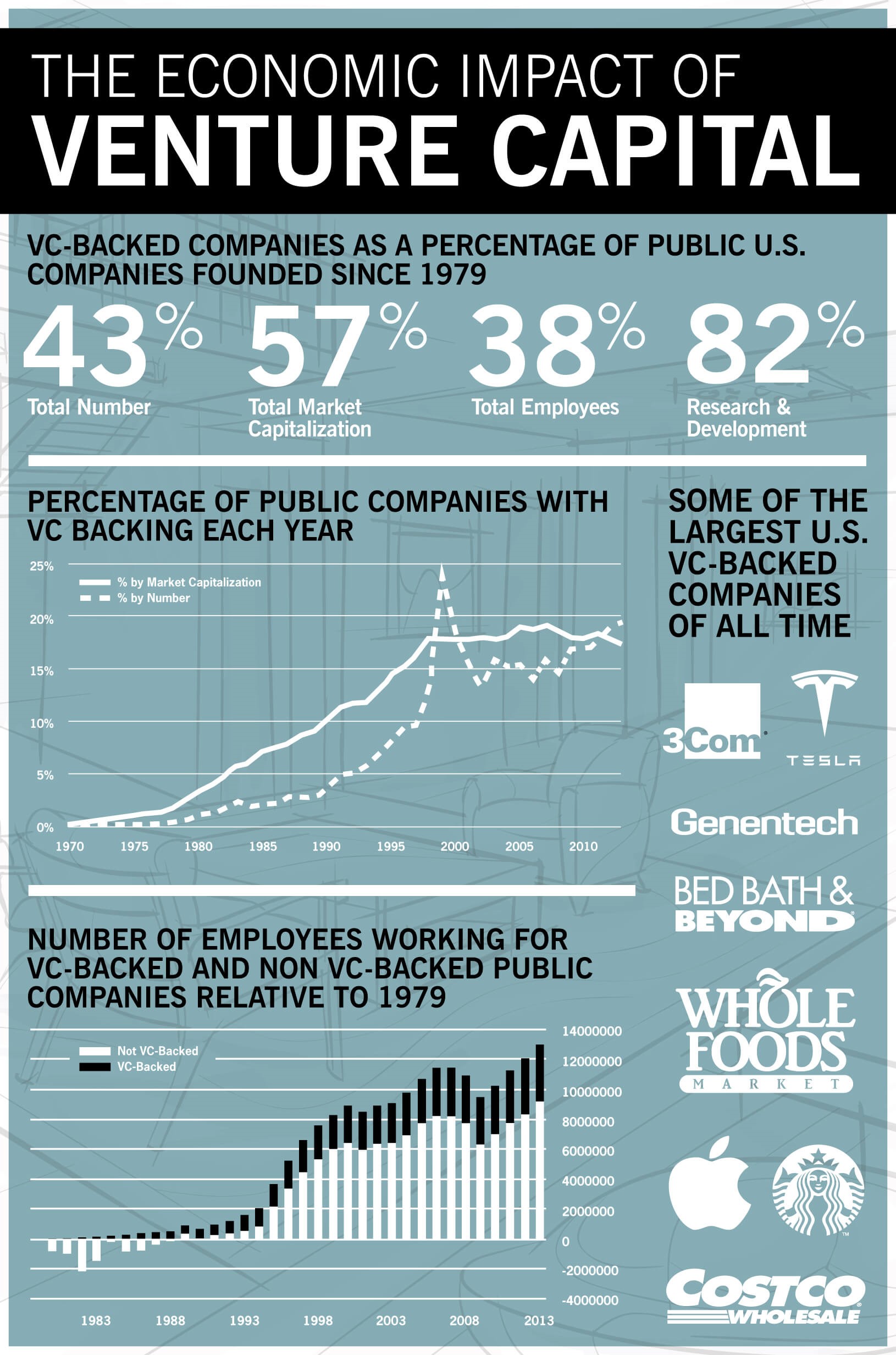 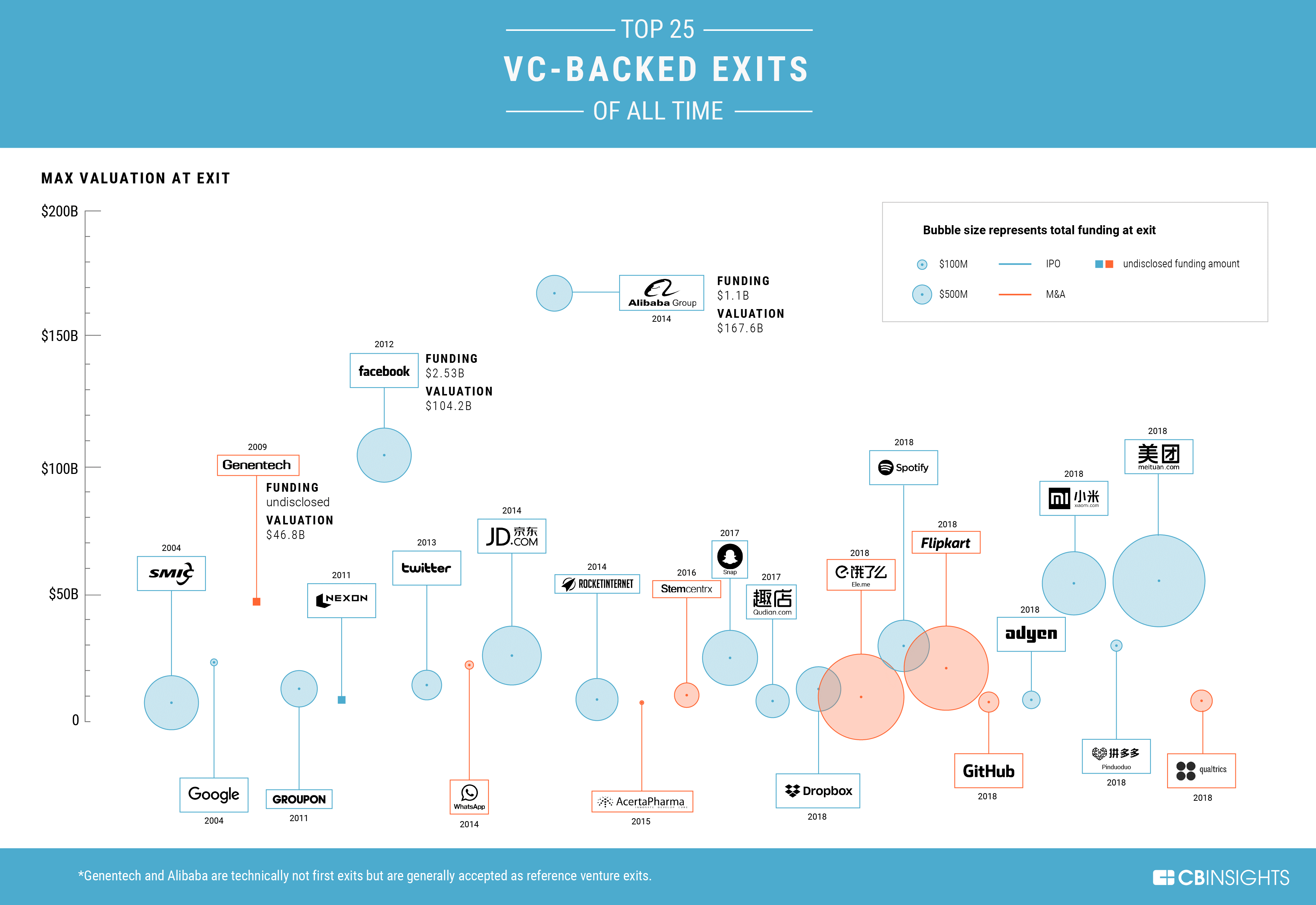 On the other hand, there are examples of huge start-ups who failed, arguably, because of VC funding. According to Professor Shikhar Ghosh, 35% of high potential US start-ups get liquidated after receiving VC funds, and 90% of them do not hit cash flow expectations within the timelines pre-defined. WeWork – originally valued at $47billion, shrunk to $5billion. This was a classic fail, but here are a few lessons to draw. First, its main competitor in the co-working space, Regus, has a market cap of about $4billion. It does appear that investors had an incentive to drive such a high valuation and exit big. At the core of this valuation error was the assumption that WeWork’s model in London would work exactly in the US. WeWork did not succeed to the same extent in the US, unfortunately.

The central argument remains that VC is a great financing source for value-driven high-growth firms executing on risky business models. However, there are three questions to keep in mind as you consider VC funding. First, does your VC’s exit timeline match your strategic planning horizon? Second, as you model growth into your valuation will elements of your business model scale linearly across different markets? Third, how important is your firm to the VC? Remember that VCs will spend more time and commit more resources to firms within their portfolio that they consider to be the next unicorn, every other ‘non-unicorn’ just gets cash and not a lot more.

Poatek is a leading firm in the technology space. For a VC backed firm, having a great exit, and creating 0-to-1 products depends on getting great engineering talent. Poatek hires only the top 1% of engineers. We can partner with you to provide best-in-class engineering solutions that help your firm succeed.